We’ve got some crazy real-estate numbers from a month of October!

So let’s jump right in to find out what’s going on in Houston real estate. 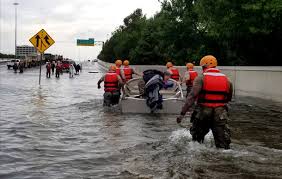 Because of the destructive flooding from Hurricane Harvey, August 2017, the real estate numbers from this month are just crazy and they’re crazy because the homes that were suppose to sell at the end of August were pushed back to the month September. Naturally, we had an influx of homes sold in September of 2017. 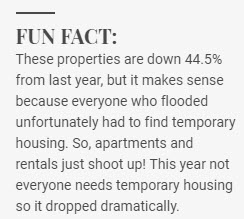 Alright we’re talking about home inventory.
Despite what it may feel like throughout the Houston area, home inventory is actually very low at 4.0 months of inventory which means we’re in strong seller’s market. We’re up 5.7% on the number of active listings from this time last year. Currently, we’re sitting at 41,500 homes whereas this time last year we were at 39,300. That means there’s more homes for sale and yet we have less inventory. The reason for that is that we’re selling more houses each month.

So that’s almost a full point higher than it was at the beginning of the year and they’re expecting rates to go up higher before the end of the year. The takeaway is that if you’re looking to buy you need to lock your rate in sooner rather than later, maybe jump in a little bit earlier this fall. We can find a good home for a great price and get a great interest rate.

That’s it for this Houston Real Estate Market Update for the month of October. Please make sure to check out our other great videos and updates on what’s going on in the market. If we can help you find some more information on what’s going on in your neighborhood or in your community, please don’t hesitate to reach out.

Thanks and all the best!